The core faculty at NWA is selectively chosen by CWC and comprises of eminent CWES (Central Water Engineering Services-Group 'A') officers with an excellent academic record , long practical experience in Water Resources Development and Management and having good communication skills with aptitude for imparting training.

The core faculty is headed by a Chief Engineer and eight other faculty persons covering specialized subjects such as hydrology & water resources, irrigation, hydropower, socioeconomic & environmental aspects and systems Engg. The core faculty of NWA comprises of the Group 'A' officers of CWES cadre having adequate professional / field experience in water sector.

In addition to core faculty, the courses are supported by the guest faculty invited by the NWA . The guest faculty comprising of academicians and scientists of eminence from premier Research Centers and Universities in India, as well as practicing professionals and specialists drawn from other organizations / agencies/ depts/ NGOs including retd. Govt officers.

The NWA core faculty comprises of:

Shri Sushil Kumar did B.Tech in Civil Engineering from IIT Delhi in 1986. He joined the Central Water Engineering (Group 'A') Services (CWES) under Ministry of Water Resources, Govt of India as Assistant Director in 1990, through Engineering Services Examination conducted by UPSC.

Before joining CWC, he had worked with a multi-national Consulting Engineers, dealing with design and construction consultancy of a mega port project, today known as Jawaharlal Nehru Port at Mumbai.

In Narmada Control Authority, he was involved with preparation of the Master Plan for R&R, implementation of the Rehabilitation policy, EIA and monitoring of R&R progress for Sardar Sarovar Multipurpose Project.

As Senior Joint Commissioner in the Union Ministry of Water Resources, Shri Sushil Kumar was overseeing the implementation of the World Bank aided Hydrology Project-II.

At SSCAC, Shri Sushil Kumar was involved with monitoring of progress of construction of Sardar Sarovar Dam and related Project components. During the period when he was shouldering the responsibility of Secretary, SSCAC & Head of Department, the long-stalled dam construction work was re-started.

As the Chief Engineer, Central Water Commission, Bengaluru, Shri Sushil Kumar was heading the operations of CWC in the states of Karnataka and Goa where the main activities include Hydrological Observations, Flood Forecasting, Water Quality Monitoring, Monitoring and Appraisal of Water Resources projects in parts of Krishna, Cauvery and some other basins, besides effective human resource management.

With such varied experience ranging from Capacity Building & effective Human Resource Management to driving the Project Development and core activities of CWC on the ground behind him, Shri Sushil Kumar in his present assignment as the Chief Engineer & Head of the National Water Academy is further enhancing the utility, visibility, reach and effectiveness of activities at NWA through positive and pro-active leadership.

Shri S N Pande completed his B. Tech in Civil Engineering from G.B. Pant University of Agriculture and Technology, Pantnagar. He attended M.E. ( Geotechnical Engineering) at University of Roorkee. He belongs to ESE 1993 batch of Central Water Engineering (Group ‘A’) Services. In his professional career in CWES, he has worked in various capacities in Central Water Commission and Ministry of Water Resources, River Development & Ganga Rejuvenation. He has about 24 years experience in different areas of water sector.

As Executive Engineer, he has worked in Sikkim Investigation Division, CWC & carried out survey and Investigation works of Hydropower Projects. He contributed in preparation of "DPR of Rangit Hydroelectric Project Stage IV, Sikkim", CWC. He also contributed in submission of Prefeasibility Report of of Rangit Stage II. He also worked as a Deputy Director in Instrumentation Directorate, CWC in D&R Wing .

As Director, he was involved in technical appraisal of cost estimate of flood control, water supply, and civil works of Hydroelectric Projects for consideration of TAC of MoWR and TEC of CEA, Ministry of Power respectively.

He worked as Senior Joint Commissioner in Ministry of Water Resources, RD&GR, where he dealt with International Matters in the Field of water Resources Sector with China and Bhutan and matters Related to Hydro-power Development in North eastern Region of India, Clearance of Detailed project Reports from International angle etc.

He joined as a Director (Designs) in National Water Academy, Pune in September 2018.

Milind Panpatil did B. Tech in Civil Engineering from Victoria Jubilee Technical Institute (VJTI) Mumbai in 2000.He secured the first position in B.Tech in Mumbai University. After a brief stint in construction of a National Highway Project, he worked with a RITES Ltd., Govt of India Enterprises in 2000.

As a Assistant Manager, during a period of 2000 to 2004, he was dealing with design and construction of a mega National Highway project. He has extensive professional experience in various spheres of Civil Engineering. Presently, he is working as a Director, National Water Academy, Pune. Milind Panpatil joined the Central Water Engineering (Group 'A') Services (CWES) through UPSC Engineering Services, 2002 of Central Water Commission (under Ministry of Water Resources, Govt of India) as Assistant Director in 2004 (CWES-2002 batch). In CWES, he has worked in Central Water Commission, Ministry of Water Resources and National Water Academy, in diverse areas. As a Assistant Director, during a period of 2004 to 2006 he served in Design and Research wing of CWC, New Delhi and has been associated with many important analyses & design assignments in the field of Hydrology. As a Assistant Commissioner, during a period of 2006 to 2008 he served in Brahmaputra & Barak Wing of Ministry of Water Resources, New Delhi and has been associated with India-China, India-Bhutan, North East Water Resources Authority and River Basin Organizations.

As a Deputy Director during a period of 2008 to 2008 in National Water Academy,Pune has been coordinating the programs on Analysis & Design of Gravity Dam Aspects (on various components of Water Resources Projects; like dams, hydropower structures, hydro mechanical equipment, barrages & canals). As a Executive Engineer during a period of 2008 to 2012 in Upper Krishna Division, Krishna and Godawari Basin Organization, Central Water Commission at Pune was responsible for the hydrological observations at 28 sites under 6 Sub- Divisions which were spread over the Maharashtra, Karnataka & Goa. Besides, he was also responsible for the Morphology survey work of the whole Krishna River about 1300 km.

Sh. S.P. Singh belongs to ESE 2008 Batch of Central Water Engineering (Group ‘A’) Services. He completed his B.Tech in Civil Engineering from B.I.E.T. Jhansi in 2003 and M.Tech (Hydraulics and Water Resources Engineering) from IIT Kanpur in 2005.

He worked as Engineer (Project) in MRPL-ONGC from 2006 to 2011 in Phase-III expansion project of the refinery. There he was involved in Project Management related works along with site survey, soil investigation, site grading and infrastructure development work of the whole project and construction of civil and structural part of Crude Distillation Unit (CDU)and Delayed Coker Unit (DCU).

After joining Central Water Commission in 2011 he was posted in Thermal Civil Design (TCD) Division of Central Electricity Authority (CEA). There he was involved in Design of Equipment Foundations of Electric Sub-stations and transmission line towers. He was also involved in site selection of upcoming Ultra Mega Power Plants and the preparation of Model Tender Documents for thermal power projects.

After Promotion as Deputy Director in 2015, he was again posted in TCD Division of CEA where he worked for Assessment of RCE of Thermal Power plants along with Monitoring of Fly Ash Generation of all the Thermal Power Plants in India. He was transferred to Monitoring and Appraisal Directorate of Central Water Commission, Lucknow in 2016 where he was involved in appraisal of projects proposed by the Govt of Uttar Pradesh under various schemes of DoWR,RD &GR under Ministry of Jal Shakti. He was also involved in Monitoring of Saryu Nahar Pariyojana (National Project) and Bansagar Canal Project.

He joined as a Deputy Director in National Water Academy (NWA), CWC, Pune in January, 2020.

Sh. Chaitanya K S completed his B. Tech in Civil Engineering from Indian Institute of Technology, Delhi. He belongs to ESE 2011 batch of Central Water Engineering (Group ‘A’) Service.

He joined Central Water Commission (CWC) as Assistant Director in January 2013. Before joining CWC, he worked as Manager (Engg) in Hyderabad Metropolitan Water Supply & Sewerage Board (HMWSSB) for 3 years.

As Assistant Director in the Inter-State Matters Directorate, CWC, New Delhi, he was involved in Appraisal of DPRs/PFRs of Major and Medium Irrigation and Multipurpose projects pertaining to peninsular river basins from inter-State angle, assisted the Supervisory Committee on Cauvery, Supervisory Committee on Babhali Barrage and Negotiation Committee on Mahanadi river water sharing dispute. He was also involved in the updation of CWC publication ‘Legal Instruments on Rivers in India- Vol III’ on Agreements on Inter-State rivers in India which is only one of its kind of compilation.

As Deputy Director in the Inter-State Matters-2 Directorate, CWC, New Delhi, he was involved in appraisal of DPRs/PFRs of Major and Medium Irrigation, Multipurpose projects, Hydro-Electric projects and water supply proposals for Thermal and Industrial projects in Ganga, Indus and Brahmaputra basins from inter-State angle, provided assistance in matters related to cooperation with other countries in water sector, in conducting various inter-State meetings regarding sharing of Ravi-Beas waters and the Negotiation Committee on the water sharing dispute related to Tilaiya Dhadhar project.

As Deputy Director in the Water Management Directorate, CWC, New Delhi, he was involved in preparation of weekly bulletin on reservoir live storage status in India and participated in the meetings of Crop Weather Watch Group (CWWG)/Crop Weather Watch Group for Drought Management (CWWGDM). He was also instrumental in preparing a road map for inclusion of more no. of reservoirs under CWC-Reservoir Storage Monitoring System (RSMS).

G. Srinivasulu, Deputy Director, National Water Academy is a 2012 CWES officer. He has joined as Assistant Director at CWC Headquarter, New Delhi in March 2014. He holds degree in Bachelor of Engineering (Civil Engineering) from S.V.University, Tirupathi and M. Tech in Structural Engineering from Indian Institute of Technology Bombay.

He has been awarded with gold medals for being overall topper in Civil Engineering at Graduate level. He has also been awarded IITBHF He attended Monsoon School on Urban Floods at IISc Bangalore in the year 2016. Before joining CWC in the year 2014, he has worked as Assistant Executive Engineer for a brief period in Road & Buildings Department, Govt. of Andhra Pradesh and involved in planning, design, tendering and execution of construction works.

He has started his carrier in CWC as Assistant Director in Design & Research wing of Central Water Commission (HQs) at New Delhi and associated with appraisal, design, planning and preparation of construction stage drawings of embankment dams including intake well.

Later on, he has worked as Assistant Director at Monitoring South Organization, CWC, Bangalore for a period of 2 years and played a pivotal role in appraisal of Minor Irrigation projects, inspection of major & medium irrigation projects, assessment of water potential in Palar basin using RS tools, processing of Central Assistance to AIBP projects. He has also associated with rolling out of PFMS, floating of e-tenders/NIQs in the capacity of DDO. 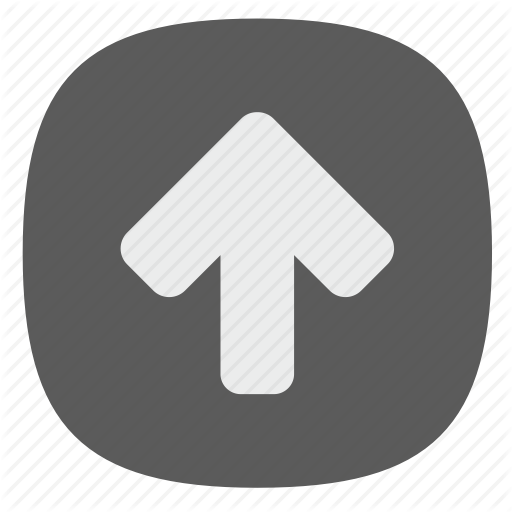